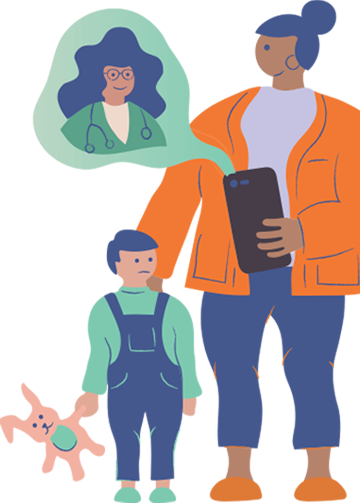 It’s usually inevitable that kids will need a prescription for antibiotics at some point, whether it be for strep throat for impetigo, for an ear infection. So I want to go over proper usage of antibiotics and explain why us pediatricians prescribe them a certain way.

Usually we’ll give you a specific dose and sometimes it’s in teaspoons, but usually it’s with a syringe and milliliters mls or cc’s which is the same thing. And you have to be sure to do to draw it up and administer it to your child accurately for a few reasons. We weight-based drugs that we prescribe, and we do that because the amount needed by each kid’s body depending on how big or small they are it’s very important to get that right because you  want to make sure you get a therapeutic level of the antibiotic in their body and their bloodstream, and we know based on the use of these antibiotics in the pharmacokinetics what that amount is. So we always calculate it properly for each child differently. We also want to make sure we don’t give too much, so that it’s not dangerous to them and it’s too high a level in their systems.

So when you’re drawing up that few mls in the syringe make sure you do that very carefully, we also want to make sure you give it the right amount of times per day so it says if it says two times a day if it says three times a day make sure you’re following that. The reason for that is because you need to maintain a therapeutic level on their blood during the day for it to be effective and get at that bacteria that you’re trying to get rid of, so that’s why you have to do it every few hours.

You also want to make sure you maintain the proper length of treatment, so if something is  prescribed for 10 days, you should finish the antibiotic course for that full 10 days. Even if your child and most likely and hopefully is going to feel better after just two days of the antibiotic you still need to continue it even after five days after six days all the way till the end of when it’s prescribed. The reason for this is because it’s great the antibiotic is doing its job, but we know the amount of time needed to fully get rid of it in your child’s system so that it’s not going to come back or create create drug resistance which is a big problem lately within our communities and health systems. So that bacteria if it sees only a little of the antibiotic is going to say you got nothing on me, I can recognize you now and change so that you’re not effective anymore in my system so we really want to avoid that and that’s why it’s so important to continue to finish that antibiotic.